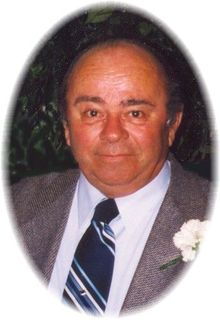 Peter Raymond Marcotte was born on August 24, 1939 in St. Paul, MN to Raymond and Harriett (Knight) Marcotte. He grew up in White Bear Lake, attending White Bear Lake public schools. He served in the U.S. Navy and was honorably discharged in June of 1961. Pete was then married to Sharon More and they had four children. On Nov. 4, 1972 Pete married Mary Oehrlein in St. Paul. Pete worked for the Northeast Metro Community College as a truck driving instructor. Beginning in 1980 and for the next 19 years, Pete worked as the hazardous-material specialist for the MN Dept. of Transportation. Upon moving to the Osakis area, Pete worked part time as a bus driver for the Osakis Public Schools and also served a term as the mayor of Osakis. In 2006, the Marcotte's moved to Las Vegas where Pete was employed by the Pan Western Corp. as their Safety Purchases Director. When they returned to MN in 2008, he again found work as a truck driving instructor, this time for American Truck Training in Newport, MN.
Pete had many interests and hobbies. He was proud to have his private pilot's license and also enjoyed building remote-controlled airplane models. In his earlier years he enjoyed driving race cars. He was both a hunter and a fisherman and also enjoyed refinishing furniture. Each season he would garden and made many batches of canned goods, homemade salsa and smoked fish. In the winter months he would get outside to plow snow for his neighbors, family and friends.
Pete is survived by his wife, Mary of Alexandria; children, Kelly (Mike) Lepinski of Oakdale, Tracie (Rick) Fischer of Cottage Grove, Holly Marcotte of Spring Lake Park, Julie (John) Cederberg of Cedar, MN, Tim (Debra) Lang of Osakis, Terri (Kevin) Sorenson of Alexandria, Ann (Kevin) Pratt of Wyoming, MN and Steve (Gina) Lang of Osakis; 24 grandchildren and 8 great, grandchildren; 4 brothers, Stan (LoAnn) Marcotte of Temple, TX, Fred Marcotte of Seattle, WA, David Marcotte of Circle Pines, MN and Donny (Bobbie) Morris of N. St. Paul; 5 sisters, Kathie (Rev. Ron) Nielsen of Green Bay, WI, Sharon (Don) Nisbett of North Pole, AK, Carol Jarvis of Temple, TX, Mary Marcotte of Verndale, MN and Margarette of Fairbault, MN; many nieces and nephews.
He is preceded in death by his parents, a brother, Mel and a sister, Maureen; his aunt and uncle, Sis and Lenny Shankey and nephew, Tommy Dahl.

To order memorial trees or send flowers to the family in memory of Peter Marcotte, please visit our flower store.