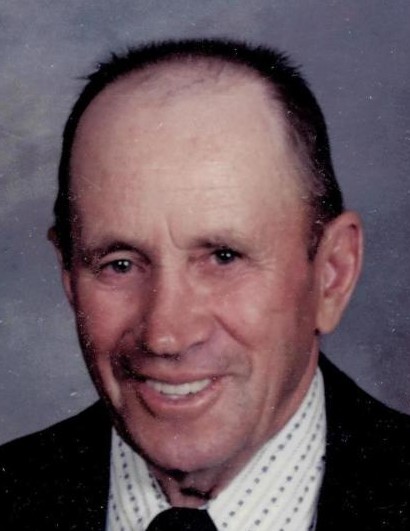 Raymond W. Gabler, age 85 of Long Prairie passed into his new life on Wednesday, June 26, 2019 from the Long Prairie Memorial Home where he had been a resident.

Raymond Winfield Gabler was born on December 4, 1933 in Burleene Township, Todd County, MN to Louis M. and Louise M. (Sadlemyer) Gabler.  After graduating from high school, Ray enlisted in the Army and served from 1954 through his honorable discharge in 1956 with the 505th Engineer Co.  He received the National Defense Service and Good Conduct medals.  During this time, he married the love of his life, Patty Fiege in a ceremony at Ft. Leonard Wood, MO on October 4, 1955.  After the service, they returned to MN and rented the Peterson farm in Leslie Township, Todd Co., for two years before buying it in 1959.  Ray also supplemented their income by driving milk truck for seven years for the Clotho Creamery.  Working the land, caring for the cattle and being a faithful steward were part of his core values.  He was a hard worker who also found time to show up to help others when needed. Bud (as he was known) was active in his community.  He was a member of Osakis Lutheran and served forty years as head usher.  He also volunteered as board member, past chairman and trustee along with serving on the stewardship committee. He also was a member of the Long Prairie American Legion, country school board, the Leslie Township board (37 years) and as tireless sexton of the Pleasant Mound Cemetery.  He enjoyed woodworking, snowmobiling, cutting wood, sports of all kinds (esp. MN Twins), gardening (especially growing big pumpkins), and playing baseball. Bud was a fan of John Deere tractors and put them to good use over the many years farming.  He was always ready with a good story to tell about his latest hunting (especially with the bow) or fishing adventure.  His friendships were important to him and he continued to make friends even after moving to the nursing home.  He had a gentle spirit and cared deeply for others.  Bud was happiest when he was spending time with his kids and grandkids.  He was proud of them all and his desire to pass on his love of the farm and the great outdoors was very important to him.  He will be deeply missed by his family and all the lives of those he touched.

Preceding him in death are his parents, his wife, Patty (2004), an infant grandson, Matthew Van Sluys and a brother, Bill Gabler.

To order memorial trees or send flowers to the family in memory of Raymond Gabler, please visit our flower store.