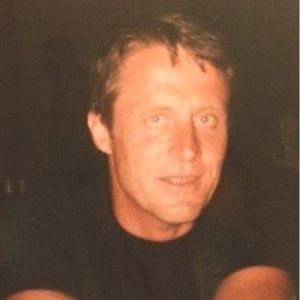 Richard Sjerven, age 72 entered his eternal life one day short of his 73rd birthday, passing away on Tuesday, Dec. 23, 2014 while staying at his son's home in International Falls, MN.
On December 24, 1941 a son was born to Chester and Jennette (Connors) Sjerven in St. Paul, MN. He was named Richard Allen. Richard grew up and attended Washington High School, graduating in 1959. His first employment was setting pins in a bowling alley. His second job was in retail sales and then Richard was hired at a Ford Manufacturing plant. He was a member of the Teamster's Union # 120. He married Stella Andert and they had four children. His second marriage was to Carol (Madison) Brown and they had one child. In the late 1960's, Dick began a career in trucking, working first for a construction company and then hauling freight, groceries and liquor. Dick made his home in Osakis where he worked at his dads resorts. He was married to Barb Zimmel in the late 1970's. After several more years of truck driving, he retired in 2003.
One of Dick's favorite past times was bowling. He was a life-long bowler and won many team and individual trophies over the years. He also was a talented softball player in his younger days and enjoyed sports throughout his life. Dick loved to camp and get out on the lake fishing each summer. He did a lot of traveling to visit his kids, grandkids and friends throughout his retirement.
Dick is survived by his children, Kathryn Ann Sjerven of Long Prairie, Kurt Michael Sjerven of Phoenix, AZ, Karen Marie Gray (Tom) Tremblay of Phoenix, Richard Scott (Kelly) Sjerven of International Falls, MN, William Sjerven of St. Peter, MN; 10 grandchildren; 9 great grandchildren; a sister, Judy (Bruce) Barfknect of Garden Hills, MN; several nieces and nephews.
Preceding him in death are his parents and a brother, Robert Sjerven.
Visitation for Dick will be held on Saturday, December 27, 2014 at 1:00pm at the Roy-Hetland Funeral Home Chapel in Osakis. Memorial services will start at 2:00 pm with Rev. Jeremy Pedersen officiating.

To order memorial trees or send flowers to the family in memory of Richard Sjerven, please visit our flower store.