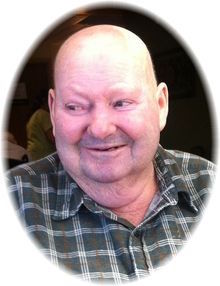 Life History for Richard 'Dick' Tweet
Richard 'Dick' Tweet, age 67 of Carlos, passed away on Friday, February 17, 2012 at the Knute Nelson Memorial Home in Alexandria, MN.
Dick was born on January 19, 1945 in Osakis, MN to Lester and Gertrude (Ames) Tweet. He graduated from Osakis High School with the class of 1964. Dick served his country in the Army from 1964 until his honorable discharge in 1967. On May 15, 1965 Richard was married to LaVonne Heid in Nelson, MN. They began their married life together in Alaska where they lived until 1967 and then moved to Minnesota. Dick learned to do bricklaying and worked for many years as a mason in the Alexandria area. In 1990 he began working as a custodian at the Jefferson High School. After LaVonne's death in 1994, Dick then met and married Gail Mogler in Alexandria on December 7, 2007. He worked three more years before retiring from his janitorial duties in May of 2010. Dick was a member of the Trinity Lutheran Church in Carlos, MN.
Hunting, fishing, camping and gardening were some of his favorite hobbies. He had enjoyed nature and the outdoors all of his life. Dick also liked to travel and enjoy the beautiful countrysides.
He is survived by his wife, Gail Tweet of Carlos; children, Denise (Paul) Barsness of Osakis, Darla (Kerry) Barker of Carlos; daughter-in-law, Christi Tweet of West Fargo, ND; stepsons, Scott (Bridget) Mogler of Starbuck; Jason (Janene) Mogler of Alexandria; 15 grandchildren; brothers, Michael (Sue) Tweet of Tennessee, Allan Tweet and Roger Tweet of Minnesota; Timothy Tweet of Arizona; sisters, Leslyn (Russell) Skillings of Montana and Christine (Alan) Hunt of Osakis; father and mother-in-law, Roy & Wilma Heid of Carlos; many nieces and nephews.
He is preceded in death by his parents, his wife, LaVonne and son Dennis; sister, Leota Boileau.
Visitation will be on Thursday at the Roy-Hetland Funeral Home in Osakis from 5 - 8 pm and one hour before the service on Friday at the church.
A celebration of life memorial service will be held on Friday, February 24, 2012 at 11:00 am at the Trinity Lutheran Church in Carlos with Rev. Robert Petersen and Vicar Phil Petersen officiating. Interment is at the Trinity Cemetery in Carlos with honorary bearers being his grandchildren: Matthew & Adam Barsness; Keyanna Barker; Dalton Tweet; Katie, Austin, A.J., Bryce, Tyler, Zach, Mason Mogler; Hunter, Kendyll, T.J., Greyson Mogler; and friends: Gil Hacker, Rick Nelson, Jerry Bitzan, and Ron Sax. Active bearers are his daughters.

To order memorial trees or send flowers to the family in memory of Richard Tweet, please visit our flower store.