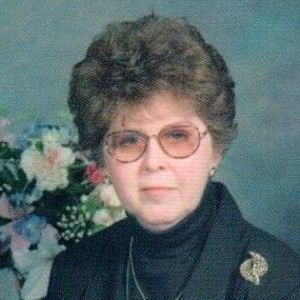 Rita Didier, age 72 of Osakis passed away on July 2, 2016 at the Community Memorial Home in Osakis, MN where she was a resident.
On July 17, 1943 a baby girl was born to Aloysius and Julia (Griebe) Didier in West Union Township, Todd County, MN. They named her Rita Margaret and she was one of seven children born to this union. Rita grew up on the farm in West Union Township and attended Dist. #114 country school. She went to high school in Osakis and graduated with the Class of 1961. She lived and cared for her parents on the farm for many years until moving into Osakis in 1979. She was an active member of the St. Alexius parish in West Union and a willing and dependable worker for their church events, especially the annual Sausage Supper. She joined Immaculate Conception parish when she moved to Osakis. She lived in the Heritage apartments in Osakis and then moved to Terrace Heights assisted living after that.
Rita had a green thumb and was an avid gardener. She raised a beautiful vegetable and flower garden each year, spending many hours either out weeding, picking and then cooking or canning all of the bounty it produced. By the time she was finished, she had rows and rows of canned goods to carry through the cold winter months until the next harvest. Rita had a love for the land, the animals and the birds. Every bird feeder was kept full of treats and she loved watching them come to eat. She cheered for the Minnesota sports teams, both the Twins and the Vikings and also watched and liked to discuss both national and state politics. She was a loving and gentle sister and aunt who will be dearly missed and lovingly remembered by her family and friends. Blessed be her memory.
She is survived by her siblings, Jerome (Jan) Didier of Elk River, Karen (Maurice) Mallin of Osakis, Mike Didier of Osakis, Robert Didier of Osakis, Mark (Fran) Didier of Alexandria; many nieces and nephews.
Preceding her in death are her parents, a brother, Donald Didier and a sister-in-law, Patricia Didier.
A Mass of Resurrection will be held on Thursday, July 7, 2016 at 11:00 am at the Immaculate Conception Catholic Church in Osakis with Fr. David Petron officiating. Inurnment is at the St. Alexius Cemetery in West Union, MN. Honorary bearers are her nieces and nephews. A gathering time will begin at the church one hour prior to the service. Arrangements handled by the Roy-Hetland Funeral Home, Osakis, MN.

To order memorial trees or send flowers to the family in memory of Rita Didier, please visit our flower store.