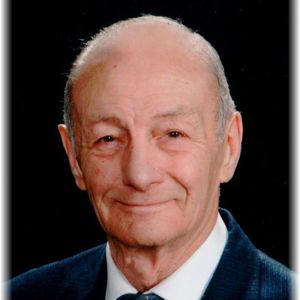 LIFE HISTORY FOR ROBERT DAVIS
Robert 'Bob' E. Davis, age 77 of Alexandria, former owner of Davis Sign & Graphics in Osakis passed away on Monday, Sept. 7, 2015 at the St. Cloud Hospital in St. Cloud, MN.
It was in Grand Forks, North Dakota when a son was born to Barry and Eliza (DeMers) Davis on December 15, 1937. They named him Robert Edward and he was one of six children. He graduated from East Grand Forks High School in 1955. On September 9, 1961 he married Janet Erickson in East Grand Forks, MN. They raised four children, two daughters and two sons. Bob began doing construction work as a young man, first in East Grand Forks and then in Minneapolis. After settling in Osakis in 1970, he continued to do construction work. During the 1980's they also owned two Jack's Vacuum stores in Minneapolis, MN. Bob and Janet owned and operated Davis Sign & Graphics in Osakis for 38 years, expanding their business until their retirement in 2012 when they moved into Alexandria, MN. Bob was a member of Christ Lutheran Church in Eagan, Redeemer Lutheran in Osakis and Good Shepherd Lutheran in Alexandria, MN.
Although he was a man of few words, Bob was a humble man of high character who worked hard and devoted many hours to his family, friends and businesses. He especially loved to tease and spoil his grandkids, play cards with them (a favorite was King's Corner), and gave each one their own special nickname. Bob enjoyed working in his yard in the summer and plowing snow for himself and his neighbors each winter. Other activities he enjoyed included cheering on the Minnesota Vikings and playing on his church dart-ball league.
He will be dearly missed by his loving wife of 54 years, Janet Davis of Alexandria; children, Jeanie (Fred Perello) Dreger of Northglenn, CO, Patti (Tony) Ferguson of Chanhassen, MN, Jim (Rochelle) Davis of Albertville, MN and Paul (Nadyne) Davis of St. Cloud, MN; 7 grandchildren, Amy (Oskars Stucis) Dreger, Tim (Amber) Dreger, Kayla (Brad) Davison, Joey Ferguson, Trey, Joslyn and Gage Davis; 2 great granddaughters, Addilynn and Kaylee Dreger; brothers, John (Lorene) Davis of Denver, CO, Ronald (Alice) Davis of Starbuck, MN; a sister, Mary (Ron) Davidson of Smithville, TX; many nieces and nephews.
Preceding him are his parents, a brother, Donald Davis and a sister, Anita Tinjum.
Funeral services for Bob will be held on Saturday, Sept. 12, 2015 at 2:00 pm at the Good Shepherd Lutheran Church in Alexandria, MN with Rev. William Moeller officiating. Musicians are organist, Sue Nelson and soloists, Tammy Reis and Ken Bakalyar. Interment is at the Geneva Cemetery in Alexandria with his grandchildren as active pallbearers and his two great granddaughters as honorary bearers.
Arrangements handled by the Roy-Hetland Funeral Home in Osakis, MN

To order memorial trees or send flowers to the family in memory of Robert Davis, please visit our flower store.