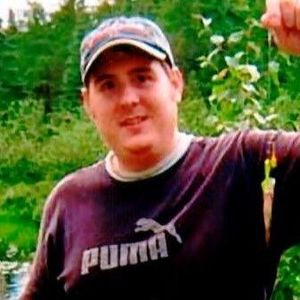 Robert 'Bobby' Hooper, age 30, and his father, Ed Hooper, both of Brandon, MN passed away at their home on Saturday evening, September 12, 2015 in rural Brandon, MN.
Memorial services will be held on Friday, September 18, 2015 at 2:00 pm at the Osakis Lutheran Church with Rev. Rich Fitzer officiating. Visitation hours are from 5 - 8 pm on Thursday, September 17 at the Roy-Hetland Funeral Home in Osakis and then on Friday beginning at 1:00 pm at Osakis Lutheran Church.
On August 9, 1985 a son was born to Ed and Cheryl (Engstrand) Hooper in Alexandria, MN. They named him Robert James but called him Bobby. He graduated from Evansville High School with the Class of 2004 and then attended the University of North Dakota in Grand Forks. He was a member of the Lambda Chi Alpha fraternity and received a Bachelor of Science degree in General Studies. After college, Bobby worked in Osakis at Lind-Rite Precision and was then hired as a machinist by Brenton Engineering in Carlos, MN. He was just transitioning to a new job with Douglas Machines in Alexandria, MN.
Bobby was a true outdoorsman. He loved to go camping, snowmobiling, ATV riding, hiking and exploring. He looked forward to annual trips to the Boundary Waters Canoe Area and deer hunting each fall. He enjoyed baseball and was a MN Twins fan. Spending time with family and hanging out with his friends were other past times he enjoyed.
Bobby is survived by his mother, Cheryl Hooper of Brandon; his sister, Laurie (Scot) Olson of Maple Grove, a brother, David Hooper of Brandon; niece and nephews, Avery, Gavin and Taylor Olson; grandparents, James & Martha Hooper of Escanaba, MI; grandmother, Joyce Engstrand of Osakis. He is preceded in death by his father, Ed Hooper and his grandfather, Lawrence Engstrand.

To order memorial trees or send flowers to the family in memory of Robert Hooper, please visit our flower store.