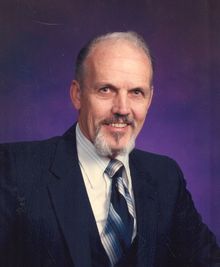 Robert 'Bob' Manders, age 82 of Osakis, former Minneapolis furrier and Osakis resort owner, passed away on Saturday, July 30, 2011 at Becky's on the Lake in Osakis, MN.
Robert Dale Manders was born on October 10, 1928 in Roseville, Michigan to Lewis and Tena (Hendricks) Manders. He grew up in the Oak Hill area, north of Osakis and a s a young man worked with his father for the Tydol-Verdal Gas Station in Osakis. He moved to Minneapolis and learned the fur business from Cook Brothers Furs and later worked for Albrecht Furs of Minneapolis, MN. On February 18, 1950 Bob married Shirley Erhard in Minneapolis, MN. In 1966 Bob built and operated the Channel Resort in Osakis. In 1973, Bob moved to Seattle, WA and worked a couple of years for Blom Furs before going on his own and successfully operated Bob Manders Furs. He often travelled to New York for fur purchases, but also enjoyed travelling throughout the world. His longtime friend and business associate, Margit Wedmark, (who sewed furs and did alterations) helped him in his Seattle business. Bob retired back to Osakis in 2003 and moved to Becky's on the Lake in 2006.
Bob was a member of the Minneapolis Athletic Club and then joined the Seattle Olympic Men's Club, while living out west. He had many interests and enjoyed visiting with all types of people. He was a hunter and also loved to fish. He could downhill ski and loved to travel. He was good Cribbage player and liked to play Dominos, as well.
Bob is survived by his children, Tom Manders of Peoria, AZ, Jerry (Diane) Manders of Brooklyn Park, Bonnie (Stan) Schultz and Michael Manders, all of Osakis; daughter-in-law, Mary Manders of Plymouth; 12 grandchildren; 12 great grandchildren; his brother, Bud (Madlyn) Manders of Osakis and brother-in-law, Larry Spaine of Loveland, CO; 3 nieces and 2 nephews.
Preceding him in death are his parents, his son, Jack Manders who died July 8, a sister, Betty Spaine and a nephew, Bruce Manders.
Funeral services will held on Monday, August 1, 2011 at 2:00 pm at the Roy-Hetland Funeral Home in Osakis. Interment is at the Lakeside Cemetery in Osakis with honorary pallbearers his granddaughters, Dr. Nichole Manders Taylor, Shannon Fox, Trisha DeBleeckere and Ashley Schultz. Active casketbearers were his grandsons, Chad, Jake, Ross, Michael, Jay and Ryan Manders, Jason and Craig Schultz. A luncheon will be held following the committal service at the Walleye Inn of Osakis.
Memorials are preferred to the Parkinson, M.S. or Crohn's Disease Foundations.

To order memorial trees or send flowers to the family in memory of Robert Manders, please visit our flower store.