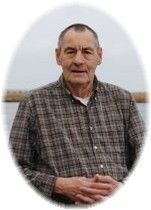 Life History for Bob Mickelson
Robert "Bob" Mickelson, age 70, formerly of Osakis, passed away early Monday morning at the VA Medical Center in St. Cloud.
Bob was born on July 30, 1940 in Alexandria, MN to Orten and Addie (McKay) Mickelson. He graduated from Osakis High School with the class of 1959. Bob played an active part on the Osakis High School Basketball team. He lived and breathed basketball while in High School.
Bob enlisted in the US Army on May 13, 1960 and was trained in the Infantry as a Paratrooper at Fort Bragg, N. Carolina. He served with the 325th Infantry Regiment, 1st AVN-BTL, Unit HQCO. Bob suffered a near fatal gunshot wound and was sent to Letterman General Hospital in San Francisco to recover. After his honorable discharge, he returned to MN and in 1962 was united in marriage to Sharon Harmon. Bob worked for Gresen Hydraulics and also ran a vending route. On April 25, 1969 he married LaVonne Hickey. They farmed west of Long Prairie, later moving to Sauk Rapids. Bob began working for the V A Hospital in St. Cloud at this time. As he fought his own physical disabilities, Bob returned to live in Long Prairie, and then finally moved to Waite Park, MN.
Bob was a member of the Trinity Lutheran Church in Long Prairie and belonged to the VFW. Some of his favorite past times included all of the various lake activities such as boating, fishing, swimming and waterskiing. He had learned these things as a youth growing up on the family resort on Lake Osakis. He also enjoyed bowling, playing pool and cards, esp. cribbage and taking riding trips in his car. He loved his family and spoiling his grandchildren. Bob could often be found with a Mountain Dew in his hand and a smile on his face while visiting with friends and family over the phone. He was a kind and caring dad, grandpa and brother who will be dearly missed by all who knew him.
Bob is survived by his children, Robby (Kelly) Mickelson of Richmond Hill, GA and Robyn (Jeremy) Birr of Freeport, MN; Kim (Mark) Allen of Liberty, MO, Tammi (Dave Gaddis) Mercier of Grant, N. Mexico; 8 grandchildren, Eva Mickelson, Logan & Kendra Birr, Devin & Mitchell Allen, Christopher, Lyndsy & Laura Mercier; 1 great grandson, Robert Mercier; a sister, Sharyn (Wayne) Roquette of Osakis; many nieces and nephews.
He is preceded in death by his parents, wife, LaVonne, brothers, Donald and Ronald Mickelson, sisters, Laurel Mickelson, Joyce Wegner and Myrna Garfield.
Funeral services for Bob will be held on Friday, March 4, 2011 at 11:00 am at the First Presbyterian Church in Osakis with Rev. Tim Sutton officiating. Musicians are organist, Ellen Bangtson and the soloist is Dana Hetland. Casketbearers are Wally Brever, Wayne Roquette, Don Tonn, Gary Schultz, Tom Hamilton, and Al Bauer. Military honors will be provided by the Osakis VFW Honor Guard. Inurnment will take place in the spring at the Pleasant Valley Cemetery in rural Clotho, MN. Arrangements are handled by the Roy-Hetland Funeral Home,Osakis, MN.

To order memorial trees or send flowers to the family in memory of Robert Mickelson, please visit our flower store.