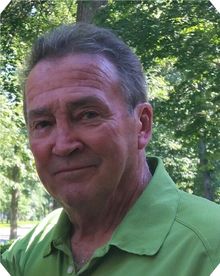 LIFE HISTORY FOR ROBERT 'BOB' SINOTTE
Robert "Bob" L. Sinotte, age 71 of Osakis entered his new life on Friday, February 27, 2015 from his home in Osakis after a brave battle with cancer.
On January 4, 1944 in Alameda, CA, a son was born to Robert K. and Tillie J. (Gaffke) Sinotte. He was their only son and they named him Robert Lee Sinotte, after his father. While he was still a boy, the family moved to central MN near Swanville. Bob was a gifted athlete and played three sports in high school, including football, basketball and track. He graduated from Swanville High School in 1962. He attended Staples/Wadena Technical College and was trained in machining and manufacturing. Bob was employed by companies in Minneapolis, St. Louis Park and Fridley. In March of 1968, Bob married the love of his life, Karen Connelly in Las Vegas, NV. They made their home in Brooklyn Center before starting a whole new venture when they bought a turkey farm in Osakis, MN in 1976 from El Fezler. Bob successfully ran and expanded the business during his ownership, selling and retiring after over thirty years in operation. They raised two children and enjoyed small town life.
Besides being a member of the Minnesota Turkey Growers Association, Bob also belonged to the National Association as well. Locally, he was involved in the Osakis Lions Club and was a member of the Osakis Country Club.
Bob was an avid sportsman. He loved to fish, (both locally and on many trips for salmon on Lake Michigan) and looked forward to pheasant and deer hunting each fall. He was a league golfer who enjoyed the comradery and competition in addition to the challenge of improving his personal scores. He enjoyed playing cards and all types of sporting events. He was able to do some traveling in his retirement and was a proud grandpa to his three grandchildren. He will be remembered for many gifts, but especially his love of life and compassion for others.
Left to mourn his passing is his loving wife of 46 years, Karen Sinotte of Osakis; two children and their spouses, Brian (Jessica) Sinotte of Durham, North Carolina and Rachelle (Brent) Herbel of Bismark, ND; 3 grandchildren, Cole, Hannah and Leah Herbel; three sisters, Linda (Bob) Kuehne of Grey Eagle, Betty (Loren) Weick of Swanville and Carol (Ed Rajkowski) Sinotte of Mayhew Lake, MN; several nieces and nephews. He is preceded in death by his parents.
A celebration of Bob's life will be held on Monday, March 9, 2015 at 2:00 pm at the Osakis Lutheran Church with Father Fred Fink as celebrant. Special music will be performed by Anna Pastian. Honorary bearers are his multitude of friends, nieces, nephews and their respective spouses.
Memorials preferred to American Cancer Society and/or Lakes Area Food Shelf.
Arrangements by the Roy-Hetland Funeral Home, Osakis, MN.

To order memorial trees or send flowers to the family in memory of Robert Sinotte, please visit our flower store.