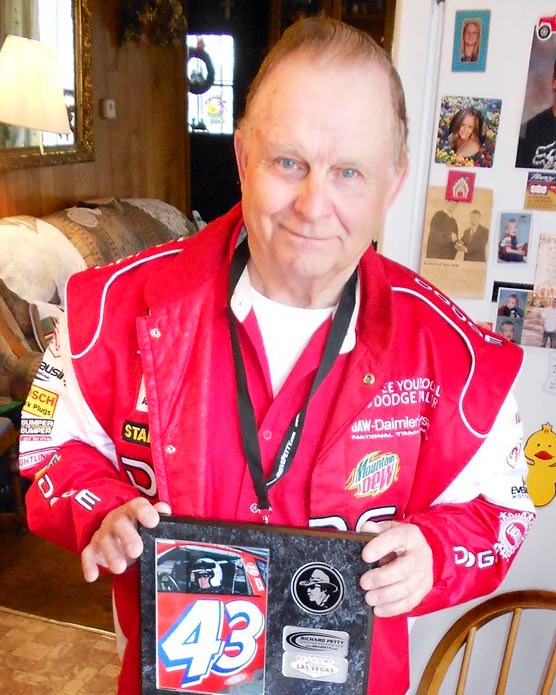 Roger William Neumann of Osakis passed from his earthly life on Friday, November 11, 2022, at the age of 87. Roger was born to Rolland and Martha (Irwin) Neumann on October 6, (same birth date as his father) 1935, on their rural Osakis/Todd County farm. Roger graduated from Osakis High School in 1953. In 1954 Roger met the love of his life, Lois Kennedy, at the Long Prairie Roller Rink and they were united in marriage on January 21, 1956. They have been a couple for over 68 years. Roger and Lois would eventually purchase the farm across the road from his parents and he would live his entire 87 years in "God's Country" enjoying the farmland, fresh fish and abundant wildlife.

Roger and Lois were blessed by the births of four children: Alan (Betty), Roger aka Chris (Laurie), Randy (Barb) and Darla (Jack Rhode). God then placed Roger into Michael Barrett's life and he was welcomed into the family as the 5th Neumann in 1969.

Roger was preceded in death by his parents, Rolland and Martha (Irwin) Neumann; brother, Rolland Neumann Jr., In laws, Charles and Lorraine (Keep) Kennedy; sister-in-law and brothers-in-law. Kathy and Jerry Hallerman and Bob George II; nephew, Chris George; niece, Megan Obrien; and great niece, Kailey Hocum.  Roger is survived by his wife, Lois and all of his children and grand/great-grand grandchildren (another blessing Roger never forgot to be thankful for).  God blessed Roger's union to Lois with seven sisters and more brothers all whom he loved dearly, Sharon Kennedy, Pat (Gary) Engle, Mary George, Susan (Mike) Courneya, Linda (Rod) Kamphenkel, Victoria Obrien; and many nieces, nephews, cousins and wonderful neighbors and friends he made in this life.

Roger worked hard all of his life be it his dairy/crop farming, doing seasonal road work for Starry's Construction or operating Roger's Tracks and Parts snowmobile sales, parts and repair. He even developed the "Scram Jet" personal watercraft. Roger knew how to play hard and he certainly enjoyed life to the fullest with Lois's help! (Cows do not milk themselves!). Roger "The Rocket" enjoyed racing Stock Car #83 at the Viking's Speedway as well as snowmobile racing I-500/cross country/oval and Vintage One Lungers up until 2019.  Roger had a dedicated trophy room to prove his many victories!

Roger “The Rocket's" surprise thrill of a lifetime was a trip to the Las Vegas Speedway and entry into the Richard Petty Driving Academy allowing him to solo drive a NASCAR race car around the track with the pedal to the metal! Roger was always a serious DODGE man - no exceptions!  We all escorted/walked with him one last time out of the hospital to the waiting hearse... and as the Lord would provide - perhaps as that one last wish... it was to a big beautiful black DODGE! That visual turned the sadness of our final good-bye into love and laughter as we saw him drive away from us for the last time in his favorite ride - a DODGE and covered by his favorite Dodge truck passenger "DUKE" dog blanket!

Roger enjoyed playing and coaching sports.  He sponsored many men's and women’s softball teams through the years.  His pride and joy were the Alexandria Rec Men's Basketball League teams. Roger was a fierce competitor and coach through 2010. Roger loved giving many from the Osakis, Grey Eagle, Long Prairie and Villard areas a chance to play ball with the big leagues! Never one to be outdone, the old coach would often put himself in for a few minutes or innings to show the younger guys he still had it! He did this even after his first heart attack at age 59, much to the team's horror! They preferred him to stay safely "bubble wrapped" on the bench but he would not have any part of that!  Roger's determination to live every day to the fullest and in the way he wanted and enjoyed was his secret to living another 28 years. When God gives you a day - do not waste it - try and enjoy it and that he did!

Roger enjoyed fishing, and hunting duck-pheasant-deer-bear with his friends, sons and grandchildren and most of all spending time at the family hunting shack/land in Orr/Buyck, MN.  It brought Roger and Lois great joy when Alan and Betty purchased his parent's farm, and some of their land in 2010, and learned they would preserve the hunting fields/swamp/forest he loved so much. Roger and Lois's legacy for all the future generations of Neumann’s is for all to come and learn the secret to a long and happy life, and thank God for this beautiful country, the wildlife, Lake Osakis, the Orr/Buyck Northwoods and to enjoy it after the hard work is done!

Visitation will begin at 10:00 AM with Funeral Services to follow at 11:00 AM on Saturday November 26, 2022, at the First Presbyterian Church in Osakis with Pastor Kali Christenson Officiating. A celebration of life will be held after the service at the Osakis VFW. It has long been a request from Roger that everyone stop by, share a good memory, and raise a glass of cold beer one last time in his honor. Burial will take place at a later time honoring Roger's request. If you are unable to attend, please continue to keep Lois and the family close in thought and in your prayers. Roger will be greatly missed but his love and memories will last a lifetime. Until we all meet again... Roger now rests in peace. Thanks be to God who gives us victory over sin and death through our Lord Jesus Christ.

A live stream and recording of the service will be available 11:00 AM on Saturday, November 26, 2022, via the Roy-Hetland Funeral Home Website.

To order memorial trees or send flowers to the family in memory of Roger William Neumann, please visit our flower store.