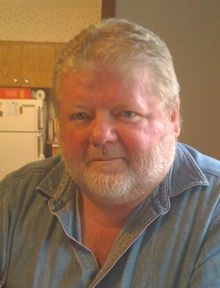 Roger Tweet, age 62 of Huntersville, formerly of Osakis passed away on November 1, 2013 at the University of Minnesota Medical Center in Minneapolis, MN.
Born September 15, 1951 to Lester and Gertrude (Ames) Tweet in Alexandria, MN, Roger grew up in Osakis and graduated with the class of 1969. On October 30, 1971 Roger married Julie Thompson in Osakis. They raised two daughters, Rebecca (Patterson) and Belinda (Virgillo). Roger worked for over 42 years for the Soo Line then becoming Canadian Pacific Railroad.
Roger had many past times he enjoyed, but his favorite place to enjoy them was at his cabin in rural Huntersville, MN where he met current wife, Ellie Hensel. He loved the outdoors and was an avid hunter and fisherman. Some of his other interests included playing cards, doing jigsaw and crossword puzzles or reading about the history of Minnesota.
Roger is survived by his wife, Ellie Hensel of Park Rapids; two daughters, Belinda (Martino) Virgillo of Maple Grove and Becky (Josh) Patterson of Columbia Heights; grandchildren, Christian, Julia, Zach and Jake; Ellie's children, Danelle, Reid, Nikki; step grandchildren, Leksy, Madison, Brody and Brayton; siblings, Mike (Sue) Tweet of Lebanon, TN, Leslyn (Russell) Skillings of Conrad, MT, Chris (Al) Hunt of Osakis, and Tim Tweet of AZ; many nieces and nephews.
He is preceded in death by his parents, a sister, Leota Boileau and two brothers, Richard and Allan Tweet; niece Cindy Hallstrom; nephews, Ricky Hoskins and Dennis Tweet.
Memorial services will be held for Roger on Thursday, Nov. 7, 2013 at 11:00 am at the First Presbyterian Church in Osakis with Rev. Steve Hilde officiating. A reception will follow at the Osakis VFW Post #7902.

To order memorial trees or send flowers to the family in memory of Roger Tweet, please visit our flower store.