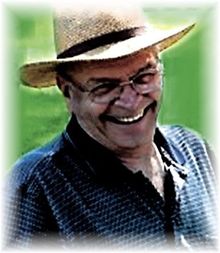 Roland 'Rolly' Joarnt, age 76 of Osakis passed away on May 1, 2018 at the Centra Care Hospital in Long Prairie, MN.
Roland Dean Joarnt was born on October 14, 1941 in Long Prairie to Carl and Rose (Steinert) Joarnt. He attended country school and grew up helping on the family farm. One of his first jobs was working for Landy Packing Plant in St. Cloud, MN. On January 2, 1963 he married Sharon Jung in Osakis. Rolly began working for the Osakis Silo Company for a time until moving to Bayport, MN where he was hired to make furniture. When he was offered a job at Whitney Farms, they moved back to the Osakis area and Rolly also set-up International farm equipment for Hustad's of Alexandria and the Sauk Centre Elevator. He then went to work for Steve's Dairy, installing milking pipelines. Rolly's final employment was at Alexandria Extrusion Co. and he worked there until retiring in 2002.
Hunting and fishing were his favorite past times and he loved to be outdoors. Many hours were spent snowmobiling each winter and he also kept busy doing woodworking or remodeling projects. He was a handyman and did a lot of backyard mechanics. He was an avid Viking and professional wrestling fan and was a member of the Long Prairie Moose Lodge.
He is survived by his wife, Sharon Joarnt of Osakis; three sons, Scott Joarnt of Osakis, Randy (Kathy) Joarnt of Sauk Centre and Ryan (Tracy) Joarnt of Alexandria; 7 grandchildren and 4 great grandchildren; siblings, Norman (Rose) Joarnt of Hopkins, June Holt of Long Prairie, Carol Struss of Sartell, Romaine Joarnt of Sauk Centre; many nieces and nephews.
Preceding him in death are his parents, great grandson, Damian Valdez; siblings, Raymond Joarnt, Irene Lobitz and Lawrence Joarnt.
A memorial service will be held for Rolly on Saturday, May 5, 2018 at 2:00 pm at the Salem Lutheran Church in rural Osakis with Rev. Steve Hilde officiating. Organist is Ione Johnson. Pallbearers are by grandchildren, Justin, Bret, Mary Kris, Rolland S., Leslie Joarnt, Adam and April Roeder and great grandchildren, Jayden, Jordan, Julian and Violet. Honorary bearers are Harry Dean Hughes, Donnie Van Valkenburg, Peter Jung, Pete Hauer, David Joarnt, Don Struss, DuWayne Joarnt, Rob Holt, Lonny Joarnt, Ronnie Lunsford and Chris Rien. Inurnment will be in the Salem Church Cemetery.
Arrangements are with the Roy-Hetland Funeral Home in Osakis, MN

To order memorial trees or send flowers to the family in memory of Roland Joarnt, please visit our flower store.