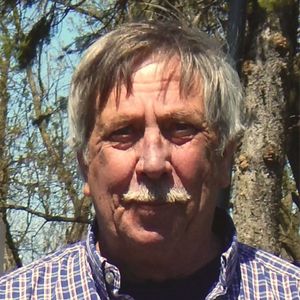 Ron Reed, age 67 of Osakis, owner of Ron Reed's Plumbing, passed away unexpectedly on Sunday afternoon, Feb. 7, 2016 at his home in Osakis.
Visitation hours are from 4 - 7 pm on Wednesday evening, Feb. 10 at the Roy-Hetland Funeral Home in Osakis.
Ron was born on October 15, 1948 in Glenwood, MN, one of three boys born to Harold and Mildred (Parrish) Reed. He graduated from Glenwood High School in 1967. While in high school, he did various jobs. After graduating Ron drove truck for Jenny - O. He then took a job with FGK Plumbing and joined the Plumbers Union Local 308 of St. Cloud, MN. On July 11, 1970 Ron married his sweet heart, Mary Lou Rieland in Padua, MN. They moved to Jackson, MN in 1972 when Ron took a job with John Deere Co. and Ag Chem. After a few years in Truman, MN working for an International dealership, the Reeds moved to Alexandria and Ron was hired by Manley Plumbing. They moved to Osakis in 1982 when Ron started his own plumbing business. He returned to work for Union Local #15 in St. Cloud in 1991 until his retirement in 2009. Ron was a member of the Osakis Lions Club, the Central Lakes Cruizers Car Club and the Vikingland Four Wheelers Club of Alexandria. He had a love for restoring old cars and enjoyed visiting with his buddies over coffee in the mornings. He treasured summer time and taking his family camping, four-wheeling and tubing at their property near the Crow Wing River.
Left to mourn his passing is his wife of 45 years, Mary Lou Reed of Osakis; children, Jennifer (DeWayne) Dietrich of Osakis and Trevor (Jessica) Reed of Melrose; 4 grandkids, Brittany and Jaclyn Dietrich, Lauren and Macy Reed; two brothers, Harold (Leona) Reed of Truman, Gerald (Cheryl) Reed of Glenwood, AZ; nieces and nephews. He is preceded in death by his parents.
Funeral services will be held on Thursday, Feb. 11, 2016 at 11:00 am at the Immaculate Conception Catholic Church in Osakis with Fr. Dave Petron officiating. Interment is at the Calvary Cemetery in Osakis with honorary pallbearers, Tom Beyer, the Central Lakes Cruizers Car Club and his Coffee Club. Active pallbearers are Dallas Triebenbach, Bob Schluender, Jim Bridenstine, Gene Kramer, Steve Braun and Brian DeWenter. A reception will be held at the Osakis VFW Post #7902 following the committal service.
Arrangements handled by the Roy-Hetland Funeral Home in Osakis, MN

To order memorial trees or send flowers to the family in memory of Ron Reed, please visit our flower store.