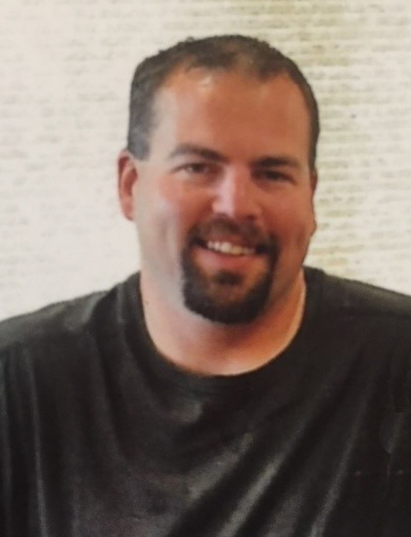 On April 28, 1981, a beautiful baby boy joins his brother Robbie to make a family of four. His parents named him Rory Benjamin. Momma use to call him Rory B.

Rory was a very happy little guy with big brown eyes and cute little dimples. He won his parent’s hearts immediately.   In 1986, Robb and Rory gained a little sister named Jenna LeAnn. Rory would watch over her and be her protector. The roles switched as they were adults and Jenna would be watching over her big brother, trying to be his protector.

Rory loved our first dog named Rocky. Rocky was a skilled outfielder. Dad would pitch the ball to Rory and brother Robbie, and Rocky would catch them and bring the ball back to Dad.

Rory also loved to play cards and go fishing with the great Aunties. Rory was still so small that he would sit on his knees so he could reach the cards on the table.

As Rory got older, he wanted a horse. Dad wasn’t too much into horses since he got bucked off when he was young, but Rory was persistent, so a horse named Taco came to the farm.  Rory did a lot of horseback riding and camping with Uncle Paul and Aunt Cheryl. Lots of fun times and probably some fun that mom didn’t hear about til much later.

Rory, dad, and Robbie each had their own Polaris snowmobile and would love to make it a day in the snow. ATVs were also a fun toy. It moved and had power!

As we were building our home on the family farm, Rory now turned into a carpenter as dad shared some of his carpentry skills. This would be the same house Rory would later take over to carry on the Dunn tradition of being in the Dunn name since 1891

Rory worked for Dave Walsh doing dairy chores once he got his license. During high school, he loved playing football. Rory was a hands-on person, not so much into books. He loved to tear something apart and see if he could put it back together.

After graduating from Osakis High School, he attended Willmar Technical school for Auto body where he graduated with honors in 2002. Summer of 2003, Rory, Robb, and dad built Rory’s home on County Road 3 which he was very proud of. Later on, he would purchase the land around his home from his parents to run the land. Rory loved farming and soon rented the farmland from his parents. In 2011 Rory bought his first John Deere tractor and then slowly added more equipment.

In 2012, Rory bought his first semi and started trucking for Centre Grain and his business was called Dunn Trucking.

Rory loved his farming and trucking but sometimes you just need to let loose. So, if you heard a Rooster crowing at a local bar, yep you knew the “Rooster” was there. You would look around and see the large smile and his big brown eyes.  Rory also loved to ride his motorcycle, his last one being a pretty blue Harley. He wouldn’t want others to say pretty since it’s not manly but I am his momma so I can.

He would do many bike trips with so many great friends. Fishing and camping trips also filled his time. Work hard, play hard.

Rory was so loved by his family and his circle of friends was huge. He will be missed dearly and live in the hearts of many as a kind, sweet man with a heart so big or as his sister would say, he has a “squishy” heart, meaning he acts tough but so soft at heart.

He is preceded in death by his grandparents Tom and Angie Dunn, Ed and Maxine Schmidt, Uncle Mike and Jimmy Dunn, and Aunt Marilyn Schmidt.

A visitation will take place on Sunday, August 29, 2021, from 4:00 PM until 7:30 PM with a Prayer Service and Time of Sharing beginning at 7:30 PM at the Immaculate Conception Catholic Church in Osakis, MN.

A Mass of Christian burial will be held on Monday, August 30, 2021, at 10:30 AM with a visitation one hour prior mass at Immaculate Conception Catholic Church in Osakis, MN

WE WILL ALWAYS LOVE YOU RORY B.

To order memorial trees or send flowers to the family in memory of Rory Dunn, please visit our flower store.
Open