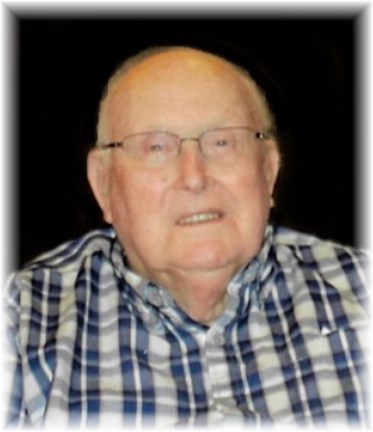 Roy Juntunen, age 91 of Osakis went to meet his Lord on Wednesday morning, July 24, 2019 with family by his side at the Alex Assisted Living,, where he was loved and cared for by their wonderful staff.

Roy was born on May 20, 1928 in St. Paul, MN to August and Ina (Putikka) Juntunen.  As their only son, he was raised with his three sisters on the family farm in Sebeka.  Roy graduated from Sebeka High School in 1948.  He farmed with his folks until enlisted to serve his country during the Korean War.  He served in the U S Army as an infantryman with the E Company, 223rd  Infantry Regiment and received the Korean Service Medal with 2 Bronze Service Stars, the United Nations Service Medal, the Combat Infantry Badge and the Army Occupation Medal (Japan.)  On August 8, 1953 Roy was united in marriage to Laura Koski in Sebeka.  They lived in Hibbing for a year while Roy worked in the iron ore mines.  In 1955 they moved to Mounds View and Roy went to work for Lampert Lumber in Fridley, MN.  In 1972 an opportunity arose to purchase a hardware store in Osakis, MN.  Roy relocated his family to Osakis and owned and operated the True Value Hardware store until his retirement in 1997.  He was involved as a member of the Osakis Chamber of Commerce, the Osakis VFW Post #7902 and belonged to Osakis Lutheran Church.  In 2011, he moved out of his home in Osakis to Grand Arbor Apartments in Alexandria, finally making his home at the Alex Assisted Living.

Besides being a big fan of his children and grandchildren’s sporting events, Roy also enjoyed watching professional football and cheering on the Vikings.  He enjoyed traveling throughout the United States, especially on family camping trips out West.  He loved to collect and tinker on Farmall tractors. Roy had a keen memory and enjoyed socializing.  He liked to visit with his customers in the store and could remember people and events from years before.  He liked to laugh and joke and was a kind and caring father, grandpa and brother who will be dearly missed by his family and many friends.

Preceding him in death are his parents, his wife, Laura (2007), a son, Brian Juntunen; a granddaughter, Shayla Juntunen and a sister, Audrey Juntunen.

Funeral services will be held on Monday, July 29, 2019 at 10:30 am at the Osakis Lutheran Church with Rev. Rich Fitzer officiating.  Musicians are organist, Vicki Hinrichs and soloists, Trisha Garvin and Dana Hetland.  Interment is at the Grace Lutheran Cemetery in Sebeka with his grandsons as active pallbearers and his granddaughters as honorary pallbearers.  Military honors will be provided by the Menahga VFW Post and the MN National Honor Guard.   Arrangements were by the Roy-Hetland Funeral Home, Osakis, MN. www.royhetland.com

To order memorial trees or send flowers to the family in memory of Roy Juntunen, please visit our flower store.