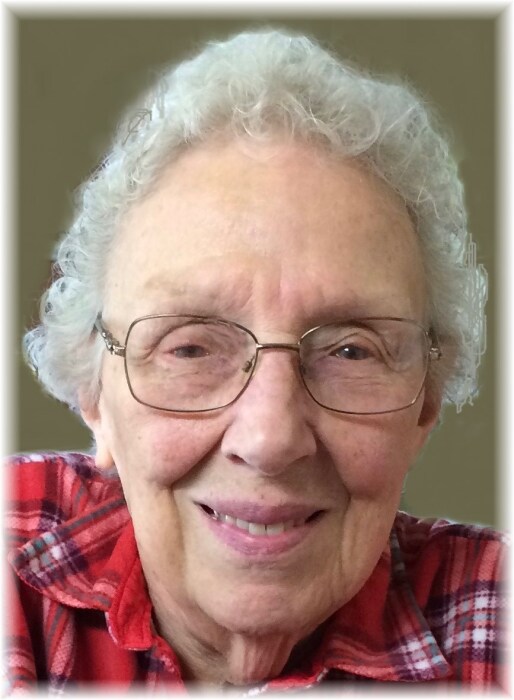 Early November 16, 2020 a beautiful soul was called to her Lord when Ruth Goecke, age 92, formerly of Pelican Rapids and Mahnomen, MN died at the Galeon nursing home in Osakis.

Ruth (Schnoozie) was born to parents, Andrew T. and Marie (Dapprich) Johnson, Jr. in Roseau, MN on December 1, 1927.  The family later moved to Pelican Rapids, MN where she graduated from High School with the class of 1944. She attended Milwaukee Downer College and received her Bachelor’s degree in Chemistry with a minor in Mathematics.  As a lifelong learner, she pursued and completed a Masters program in Chemistry from Wellesley College in MA.  Her first job was as a chemistry teacher for Concordia College in Moorhead, and a year later taught the same at North Dakota State University. It was during these years that Ruth developed her absolute love for teaching others. On August 26, 1951 She married Charles Goecke in Pelican Rapids. While she and Chuck started their family, she worked as a substitute teacher and tutor in chemistry at Pelican Rapids High School. Later Ruth and Chuck made their home in Mahnomen, MN where they raised 5 children passing on the values of hard work and a good education. For 40 years Ruth shared her interest in science, chemistry and math by teaching and tutoring at the local high school until her retirement in 1992.  As a natural teacher who loved seeing her student’s minds open to the sciences, she was recognized as “Teacher of the Year” by the Science Museum of MN in 1988. Science was not her only topic of interest; she loved talking about religion, politics, and current events. She was a member of the United Church of Christ in Mahnomen and helped teach Sunday School.  She was also a cub scout den mother for many years.

After her retirement Ruth pursued many interests and hobbies, which included gardening, knitting, sewing and crocheting.  She kept her mind sharp by playing in a Bridge club and doing crossword puzzles and sudokus.  She loved to travel and in 1978 took a long family vacation to Glacier and Waterton Parks in the Rocky Mountains, meeting several of her siblings there too. In 1987 she also took a very memorable 5 week art tour with her daughter to England and Scotland. By far the most important thing to Ruth was family. She was proud of her children and grandchildren. She loved spending time with them especially at the lake and will always be remembered for her love of boat rides, having morning coffee and telling stories, sharing recipes with the girls and talking to you as if you were the most important person in the world. Ruth’s last years were spent crocheting special afghans for those she loved. They have now become a substitute for her warm hugs and will comfort those who received them.

MEMORIALS IN HONOR OF RUTH MAY BE LEFT TO THE FAMILY (WHICH IN TURN WILL BE USED FOR THE CAREGIVERS AT THE GALEON CAMPUS) OR GIVEN  DIRECTLY TO THE: GALEON OF OSAKIS, 410 W MAIN, OSAKIS, MN 56360

Due to the COVID restrictions, a private family service will take place at a future date.  Memories and condolences may also be left for Ruth under her Tribute page at www.royhetland.com  Arrangements by Roy-Hetland Funeral Home, Osakis, MN

To order memorial trees or send flowers to the family in memory of Ruth Goecke, please visit our flower store.