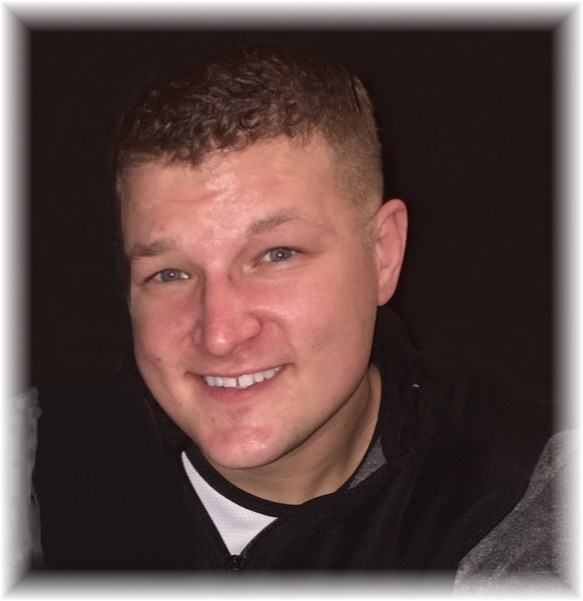 On Thursday afternoon, June 25th, 2020, Samuel Douglas Schad, age 32, passed away unexpectedly with his mother by his side.

Born in Alexandria, Minnesota on December 26th, 1987, Samuel was the third-born son of Scott and Danette Schad. His dad caught him as he entered this world without a doctor or nurse in the room. The boy couldn’t wait to be born. Samuel came into the world with a spitfire personality and did things his way from the start. He could spin on his head, walk on his hands and break dance across the kitchen floor by the time he was four years old.

Samuel had a natural agility that he used to his advantage during his childhood, whether it be for tormenting his older brothers or chasing after his runaway Shetland pony. But he discovered his true talent on the wrestling mat, where it was clear early on that he had found his sport. Samuel’s Long Prairie/Grey Eagle High School wrestling career was a highlight for anyone who had heard of him, and he could pack a high school gym full of strangers just to watch him wrestle. One of the most gifted wrestlers the state of Minnesota has ever seen, Samuel always put on a show, often pulling out a move he was well-known for perfecting – the “emu.” To this day, he holds the LP/GE Thunder record for most career wins, and his name still floats toward the top of nearly every Minnesota state wrestling record.

After graduation, Samuel started school at Augsburg College and eventually moved to Rochester, where he continued wrestling, earned a degree at the top of his class in carpentry, worked in sales and explored mixed martial arts. He always found time for his hobbies, such as; fishing on Little Lake Osakis, hunting, four-wheeling, camping, spearfishing in Nevis. He also enjoyed big family gatherings out at the swimming hole, tubing down the Long Prairie River, or telling stories around a bonfire.

Samuel had a creative spirit and enjoyed drawing and carving, and more recently developed a knack for whittling diamond willow trees into beautiful crosses for his friends and family. He enjoyed his mom’s home cooking, and was an eager taste tester, something that got him frequently shooed out of her kitchen.

Throughout much of his life, Samuel fought a brave and continuous battle with mental illness, precipitated by a head injury during the state wrestling tournament that stole any memory he had of his own championship win. His experience with mental illness humbled him in unexpected ways and weakened the spunky sense of humor he was well known for. But during even the most difficult times, Samuel never lost his big-hearted, generous spirit. He had a soft spot for those in need and would give the shirt off his back for anyone who needed it, be it family member, friend or complete stranger. The strength that Samuel showed during his ongoing battle made his family incredibly proud of him.

As a member of Saint Mary’s, Samuel participated in Steubenville Youth Conferences through the parish as a teen, where he opened his heart to Jesus. He was privileged to truly grasp God’s deep love for him.

Samuel was loved by those who survive him including his parents, Scott and Danette, and siblings Mathew (Jaime) Schad, Grant (Amy Braaten) Schad, Daniel (Angell) Schad, Hannah Schad, Holly (Cody Middendorf) Schad and the many nieces and nephews whom he loved dearly. He lit up whenever he saw his nieces and nephews, his little “best friends”, and never failed to bring treats, sometimes giant bottles of Mountain Dew. Samuel loved embracing his childish side. He had the joy of living near his family in recent years, and his favorite pastime was taking his car on four-wheeler trails with his bass music blaring and kids singing out the windows.

A Mass of Resurrection will take place on Tuesday, June 30 at 2:00 pm at Saint Mary of Mount Carmel Church in Long Prairie with Rev. Dave Petron officiating and a reflection time done by Pastor Kali Christensen.  Interment is at St. Mary Cemetery following the Mass with honorary bearers being his sisters, Hannah and Holly Schad.  Active bearers include his brothers and friends, Mathew, Grant and Daniel Schad, Cody Middendorf, Mark Klimek, Kailey Kangas, Logan Stenzel and Dan Urman. Gathering time begins Tuesday at 1:00 pm at the church.

Sympathies can be sent directly to the family at 15028 Cty 36, Long Prairie MN 56347 and memories may be left on his Tribute Wall at www.royhetland.com. Continued prayers are welcome both for Samuel and for those that will miss him most. Samuel left a legacy of loving people unconditionally. In his memory, may we all find ways to show that same compassion to others.  Arrangements by Roy-Hetland Funeral Home in Osakis, MN.

To order memorial trees or send flowers to the family in memory of Samuel Schad, please visit our flower store.
Open