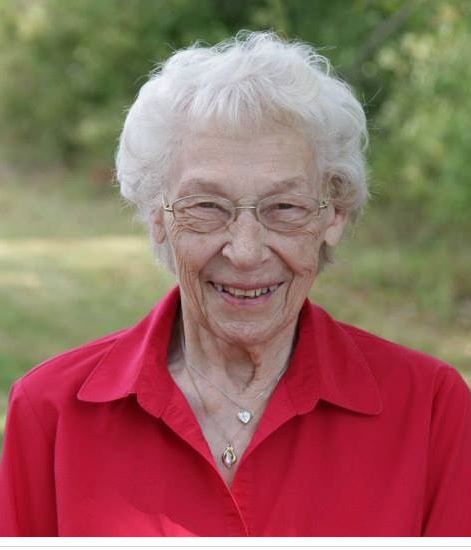 Shirley Gillan, age 93 of Sauk Centre passed away on Saturday, May 11, 2019 at the Getty Street Assisted Living home in Sauk Centre, MN.

Shirley was born on Sunday, August 30, 1925 in Birchdale Township, Todd County, MN to Christian and Verna (Martin) Schultz.  She was their only daughter and was baptized into the Lutheran faith at Zion Lutheran Church in Sauk Centre, MN and later confirmed at St. John’s Lutheran.  She attended Country School Dist. #57 in rural Osakis through the eighth grade and then Osakis High School, graduating with the Class of 1943.  She married Harold G. Mikkelson on July 24, 1944.  Shirley worked at Northland Dairy Farms for three years until they moved to Minneapolis in 1950.  Shirley then worked as a machine operator at Honeywell for eight years until she switched companies and began working for Technical Tool and Arrow Precision machine shops.  She worked in quality control as a Final Inspector, retiring in 1985.  After Harold died in 1972, Shirley was remarried to Phil Gillan.  They moved to Sauk Centre in 1986 and enjoyed several years together until Phil passed away in 1995.

Shirley enjoyed her knitting club, especially making beautiful afghans and doilies which she would share with family and friends.  She also looked forward to regular luncheons each month with her girlfriends for socializing.  She was a kind, caring mother and grandmother who leaves treasured memories in the hearts of those who knew and loved her.

Preceding her in death are her parents, Chris and Verna Schultz,  her husbands, Harold Mikkelson and Phil Gillan, a three month old son, Sheldon Mikkelson and brothers, Arnold, Darwin and Fredrick Schultz.

Funeral services for Shirley will be held on Saturday, May 18, 2019 at 11:00 am at First Lutheran Church in Sauk Centre with Rev. Michael Carlson officiating. Organist is Diane Knutson.  Honorary bearers are her knitting group members.  Active casketbearers are Michael and Bradley Mikkelson, Brady Ingleman, Dale Meyers, David Brynjulfson and Andrew Hennebeck.

Interment is Monday, May 20, 2019 at the Sunset Memorial Cemetery in Minneapolis, MN.

To order memorial trees or send flowers to the family in memory of Shirley Gillan, please visit our flower store.