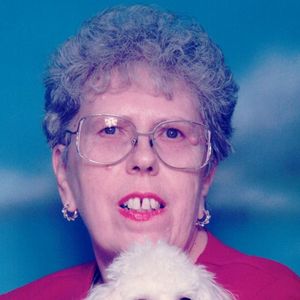 Shirley Wever, age 77 of Osakis passed away on Christmas Day, Dec. 25, 2016 at the Galeon Nursing Home in Osakis, MN.
FUNERAL SERVICES - Memorial services for Shirley will be held on Sat., Jan. 28 at 11:00 am at the Osakis Lutheran Church with Rev. Rich Fitzer officiating. A gathering time will begin at 10 am at the church.
Shirley Ellen Kolaskie was born on October 11, 1939 in Sauk Centre, MN to Edward and Ellen (Hess) Kolaskie. She was an only child and graduated in 1957 from Sauk Centre High School. On June 7, 1958 Shirley married the love of her life, Frank Wever, from Missouri, at the Zion Lutheran Church in Sauk Centre. They lived and worked in Sauk Centre where Shirley ran a restaurant and Frank (along with Shirley's parents) owned the Rambler Car Dealership. In 1962 the Wever's moved to Minneapolis where Shirley worked as a secretary/bookkeeper. In 1966 they returned to the Sauk Centre area, living on Fairy Lake. After Shirley got her broker's license in 1970, she opened Shirley's Realty and was one of the developers for the Linwood resort Mobile Home Park on Lake Osakis. The Wever's resided in McAllen, Texas for two years before settling down in Kirksville, MO in 1989. Frank passed away in 1996. Shirley continued in the secretary position and worked up until her retirement at an accounting firm called Fitzgerald & Floyd. In 2004, Shirley moved back to Osakis, MN. Once settled back in Osakis, she became active with the Osakis Senior Club and was president for several years. She also belonged to the Rebeka Circle at the Osakis Lutheran Church. Some of her hobbies included traveling, golfing, dancing, especially square dancing, and gardening. She was always a big fan of the Sauk Centre high school basketball team. Shirley loved to socialize, play cards and make new friends.
She is preceded in death by her parents, husband and step granddaughter, Penny Sternquist.
Shirley is survived by her stepdaughter, Barbara (Don) Sternquist of Roscoe, IL; a step grandson, a great step grandson and a great, great step grandson. Also by her cousins, Patty (Ron) Johnson of Monticello, Gary (Brenda) Blombeck of Eagle Bend, Darlene Rodd of Coon Rapids, Steven (Tammy) Hess of Clear Lake and Marcia Hess of Rice, as well as many friends.
Arrangements by Roy-Hetland Funeral Home, Osakis, MN.

To order memorial trees or send flowers to the family in memory of Shirley Wever, please visit our flower store.