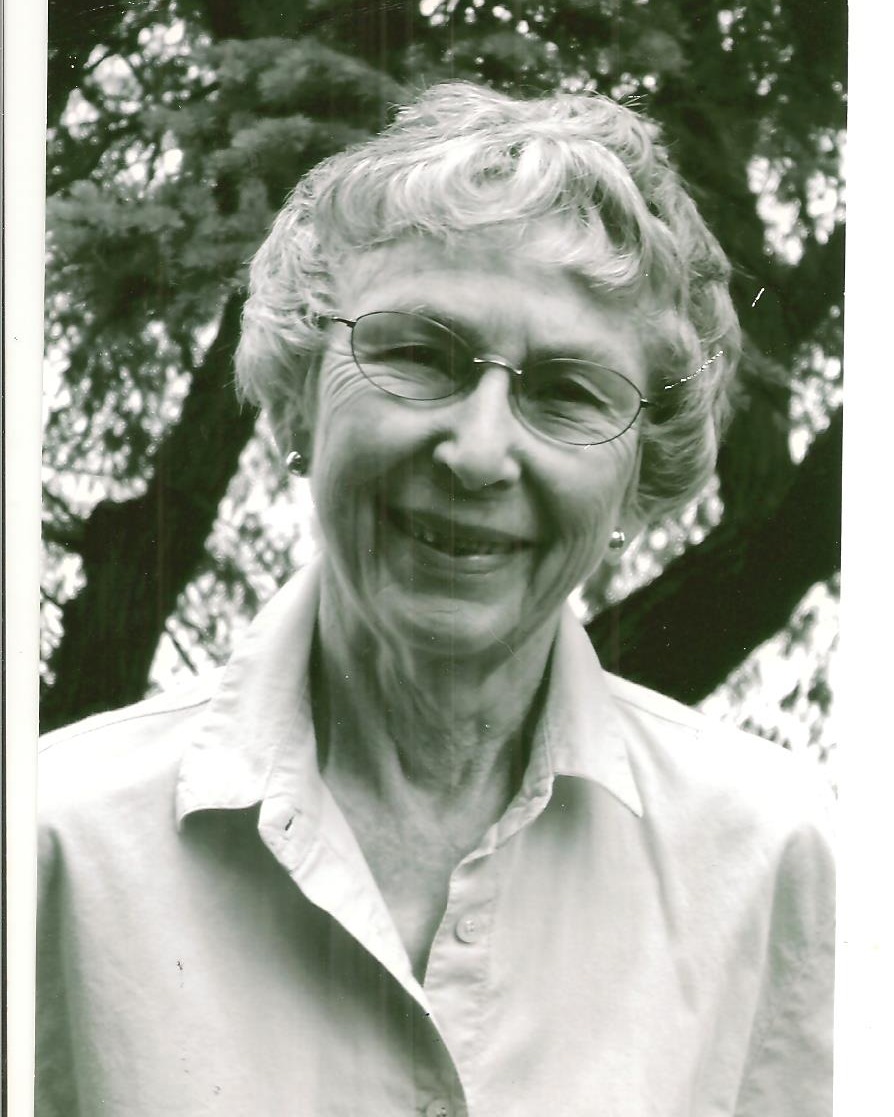 Stella lived the first six years of her life with her parents and grandparents, Pap and Nettie Riley, on a farm in Gordon Township. As the only child of Carl and Pearl Riley she relied on adults for entertainment until she and her parents moved to Lake Street in Osakis to start first grade. Her school years continued with a cohort of 13 new friends through high school, including her closest and lifelong friend, Shirley Shultz. Stella graduated Valedictorian with the class of ’49.

In high school, Stella worked at the Osakis Review. When several business places were burgled overnight, the editor sent Stella to interview the people robbed. One place was the Henry O’Hotto Supply Company. She stammered out some questions to the handsome young employee with blond curly hair. The rest, as they say, is history. Henry (Hank) Bender and Stella were married March 11, 1950.

Thus began a good marriage; almost 65 years highlighted by two children:  Michael born in 1950 and Marilyn born in 1953. Stella never planned on leaving Osakis, but Hank’s career took them to Aberdeen, South Dakota; Jamestown, North Dakota; and finally Colorado Springs, Colorado. In 1995 Stella and Hank retired to the same Lake Street home in Osakis where their marriage began.  Stella embraced homemaking and motherhood. She was an excellent cook, bread maker, seamstress, Boy and Girl Scout den mother, and all-around great mom.  She entered and won several cooking contests, including the Pillsbury cook off in 1994 (hosted by Alex Trebeck)!

Additionally, Stella turned an interest in genealogy into many written publications including two feature articles published in the Sunday magazine of the Minneapolis Star Tribune. She wrote two book length family histories prized by her children and grandchildren. Coming full circle, she also wrote many articles for the Osakis Review, as well as LakesAlive and Alexandria Echo Press. She was an active member in the Osakis Area Heritage Center.

Stella was preceded in death by her parents, her husband Hank in 2015, her dearest friend Shirley Shultz and many beloved cats and dogs. She is survived by her children, Michael Bender of Crosby, Minnesota, and Marilyn Bender (Bill Andrefsky) of Pullman, Washington; grandchildren Megan (Ross) Crawford; Claire Andrefsky (Brad Wilgus); Katherine, Caroline and Rebecca Bender; and one great grandchild Calliope Pearl Crawford.

A celebration of life is planned for early summer in Osakis.

Many many thanks to the wonderful and caring staff at Galeon where Stella spent her last years. In lieu of flowers, memorials can be made to your local Humane Society or to the Osakis Area Heritage Center.

To order memorial trees or send flowers to the family in memory of Stella Riley Bender, please visit our flower store.