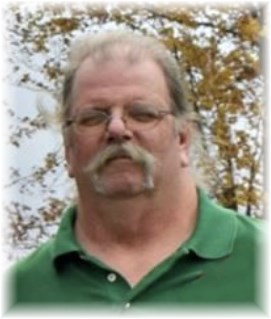 On February 23, 2021, Stuart White of Osakis left this world for his next big adventure.  He passed away at the St. Cloud Hospital in St. Cloud, MN at the age of 61 years.

Frank and Marilyn (Brewer) White gave birth to a baby boy on August 1, 1959 in Las Vegas, NV.  He grew up with a brother and two sisters and graduated in 1978 from White Pine County High School in Ely, NV.  Stuart enlisted in the U S Navy shortly after high school and served his country for three years before returning to civilian life.  Shortly after returning home to NV he took a job at the Ely State Prison.  He then worked for an Auto Parts company until completing his CDL license to drive truck. He started out as an OTR driver then he eventually worked as an LTL freight delivery driver and did deliveries for several years. Life on the road suited him and he was a dependable and competent driver.

One of Stuart’s favorite hobbies was his interest in dirt bikes.  He had a passion for not only riding them but racing them as well.  Many hours were spent around those dirt tracks with friends and fellow riders. He followed the professional series throughout his life, with most attention to Team Honda. Stuart loved to game on his computer, to play D & D and console games as well.  He was a tough adversary who knew how to navigate the many levels of play.  Stuart moved to live in central MN to be near his son and daughter-in-law.

Private interment will be held at a later time.

Condolences and memories may be left under his Tribute page at www.royhetland.com.

To order memorial trees or send flowers to the family in memory of Stuart White, please visit our flower store.