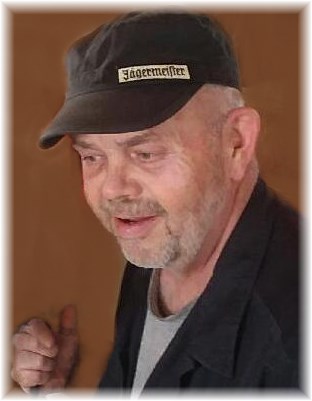 On July 22, 1959 a son was born to Marvin and Elvira (Anderson) Robinson in Alexandria, MN.  They named him Thad Richard and he was the youngest of their seven children.  Thad graduated with the Class of 1977 from Osakis High School and began working for his brother-in-law’s Carp Ole’s fish products processing business.  He also did various other jobs such as bartending at the local VFW Post in Osakis, was a short-order cook at the local café, and did mechanic work at Tom Blaise Ford in Long Prairie, MN. When an opportunity arose to work outdoors, Thad (also known by all his friends as Weed) and a few buddies started FBI Carpenters (or Fat Boys, Inc.) After a time, Thad started driving truck and doing mechanical work for Todd County Sand & Gravel and then went back to carpentry work for a while before starting as a truck driver and doing mechanical work for Schurman Farms and Grain in Sauk Centre, MN.  He had been working there the last eleven years.  Thad was a past member of the Osakis Sportsmen’s Club and the NRA.

Though he never married, Thad had a wide social circle of friends and family.  He loved to make people laugh and feel at ease.  He loved telling jokes, of which he knew many. He had a special love for his dogs, many of them being Norwegian Elkhounds, but his steady companion for the last four years was his white Siberian Husky named Simon, who loved to ride in the truck with him.  Thad loved summertime and having family cook-outs and was well known for his delicious grilled chicken and the hogs he would roast for various events and occasions. When there was a celebration to be had, Weed was ready and willing to help make it happen. He also loved to go hunting and fishing.  Working on various projects for family or friends also brought him joy.  Thad loved to read, especially his National Geographic magazines, and was always interested in history.  He knew a lot about many subjects, including various types of religions.  His talents were only equal in size to his big heart and kind ways.  He was a good man who touched many lives and will be greatly missed by those who knew him best.

He is survived by his sister, Sue Stoetzel of Osakis, sister-in-law, Sheryl Robinson of Osakis and many nieces, nephews, cousins and friends.  Preceding him in death are his parents and siblings, Marv & Elvira Robinson, Gail Fiskness, Alaine Olson, Jon, Gary and Michael Robinson and niece, Tanya Stoetzel.

To order memorial trees or send flowers to the family in memory of Thad Robinson, please visit our flower store.