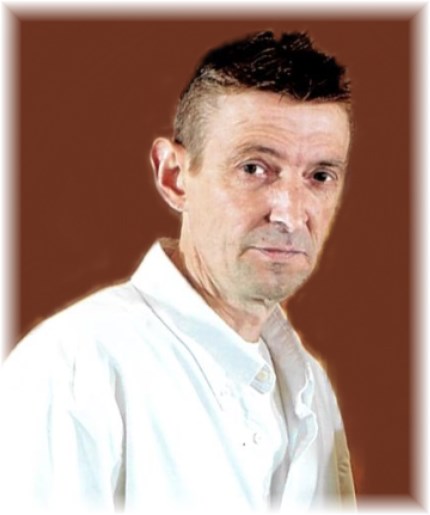 Thomas ‘Tom’ Ley, age 53 of Fridley, formerly of Melrose passed away Friday, Nov. 13, 2020 at the J. A. Wedum Hospice facility in Brooklyn Park, MN after battling an aggressive form of cancer.

Thomas Richard Ley was born on October 1, 1967 in  Sauk Centre, MN to Herbert and Dorothy (Feldewerd) Ley.  He went to Holy Family School for four years and then moved with his family to New Munich and attended Sacred Heart Catholic School for four years and then attended Melrose High School.  As a teenager he had a job cleaning at the Jenny-O factory after school.  Always a hard worker, another of Tom’s jobs was loading poultry for Golden Plump in Cold Spring and as a second job, he also loaded trucks for Speedy Delivery of St. Cloud.  When he moved to the Cities, Tom was hired by R.R. Donnelly Printing of Maple Grove, and he worked there in the printing department for over 22 years.  Tom also worked as an Uber driver in his spare time.  He was a dependable and loyal worker throughout his life.  When he finally took time to pursue his own interests, Tom would head down the road on his motorcycle with his best friend, Brandon Bialke.  He loved to ride and explore the beautiful countryside around Minnesota.  Tom had a big heart and was a kind person.  He helped out his landlord with her granddaughters and they even found time to care for stray cats and dogs and eventually get them to shelters.  Tom liked to be with his work-mates and often arrived at work early in order to have time outside for a chat.

Preceding him in death are his father, Herbert and his grandparents.

Due to the COVID restrictions, funeral services for Tom will be held at a later time.  However, memories and condolences may be left for Tom under his Tribute page at www.royhetland.com.Roy-Hetland Funeral Home in Osakis, MN assisted with arrangements.

To order memorial trees or send flowers to the family in memory of Thomas 'Tom' Ley, please visit our flower store.