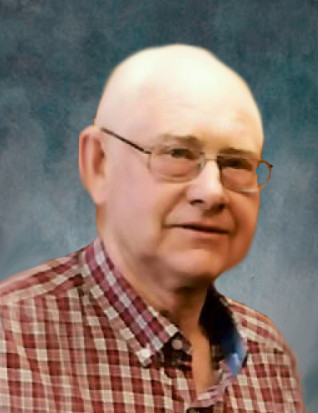 On January 10, 1970, Tim was united in marriage to Linda McCain at United Brethren Church in Crofton, Nebraska.  Tim joined the U.S. Air Force in 1971 and was stationed at March Air Force Base in California and Offutt Air Force Base in Omaha, Nebraska until 1974.  This is where he met his best friend, Harry Hammonds, and the two became more like brothers.  He continued his military career with the Air Force National Guard for another 5 years as the couple began farming with Tim’s family in Nebraska in 1974.  While farming he started working for Carnation Genetics.  He always appreciated and enjoyed working with his family in Nebraska and with the community he lived.

The couple was blessed with three children, Eric, Stacy, and Nathan.  In 1988, the family moved to Osakis, Minnesota where Tim continued to work with Carnation Genetics which later became Alta Genetics.  In 1991, the family purchased a farm and the kids farmed and milked cows alongside their dad. In 1996, Tim retired from Alta Genetics and has been engaged in the farming operation ever since.  Tim was proud of the farming operation that he started with his sons.  In 2018, the Stelling’s were named Farm Family of the Year for Todd County.

Tim’s greatest passions were his faith, family, and farming.   He loved working with cows and won many awards for breeding and production.  Tim loved a good-looking cow and was proud of his bred and raised cow, Du-Ma-Ti Valiant Boots Jewel, who won at the World Dairy Expo and was nominated All American.  Tim belonged to the Minnesota Corn Growers Association, Minnesota Soybean Association, and the Sauk Valley Lutheran Church Council.  Tim, Linda and Harry enjoyed taking many trips together.  Tim enjoyed stopping at the sights to see anything to do with history.  Most of all Tim loved his family, especially his grandchildren and spending time with them.

To order memorial trees or send flowers to the family in memory of Timothy Stelling, please visit our flower store.
Open