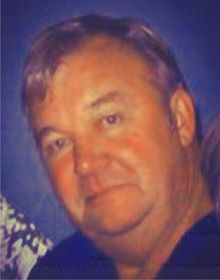 Barney LaFrenz, age 63 of Osakis passed away Tuesday evening, June 25, 2013 at his home in rural Osakis.
On August 23, 1949 a baby boy was born to Raymond and Olga (Claussen) LaFrenz in Long Prairie, MN. They named him Vernon Dale but it wasn't long before he acquired the nickname 'Barney' and that was the name he went by all of his life. He graduated from Osakis High School with the class of 1967 and because of the Vietnam War he enlisted into the Army and was sent overseas to serve in Vietnam. He served his country bravely and received the Bronze Star for heroic service in combat. Upon his return, Barney married Kathryn Johnson on January 8, 1972 in Osakis, MN. They were blesssed with two daughters, Sherry and Jenny. In 1997, they moved to North Platte, Nebraska where Barney continued to do truck driving with Bayer Trucking of Belgrade, MN. He and Kathy returned to live in Osakis upon his retirement in 2012. They recently moved into a new home in rural Osakis this summer.
Barney was a member of the Osakis VFW Post #7902 and was a former volunteer fireman with the Osakis Fire Department.
Besides his love for his family and twin grandsons, Barney also enjoyed many hobbies and interests. He liked to play cards, go bowling and was a fan of college and professional basketball and football. Classic cars were another interest of his. He was proud to have served his country. He enjoyed socializing with his family and many friends. He will be dearly missed by them and all those whose lives he touched.
Barney is survived by his wife, Kathy LaFrenz of Osakis; two daughters, Sherry (Chad) Gulbranson and Jenny (Colin) Carnahan, all of Osakis; 2 grandsons, Connor and Aidan Gulbranson; brother, Clifford (Marjorie) LaFrenz of Lawrence, KS; sisters, JoAnn (Willard 'Bill') Clay of Osakis, Jan (John) Flolid of Osakis and Veronica 'Roni' (Kevin) Fish of Deadwood, SD; his uncle, Bob (Judy Stowell) Claussen; many nieces and nephews.
Preceding him in death are his parents, a sister-in-law, Alice LaFrenz and a nephew, Michael Fish.
Memorial services were held for Barney on Saturday, June 29 at 11:00 am at the Salem Lutheran Church in rural Osakis with Rev. Steve Hilde officiating. Musicians were organist, Ione Johnson and soloist, Joyce Buntje. Honorary pallbearers were members of the Osakis VFW Post 7902 and also provided the military honors. The MN Patriot Guards were also in attendance. Following the service a luncheon was be served at the Osakis VFW Post.
Arrangements handled by the Roy-Hetland Funeral Home, Osakis, MN.

To order memorial trees or send flowers to the family in memory of Vernon LaFrenz, please visit our flower store.