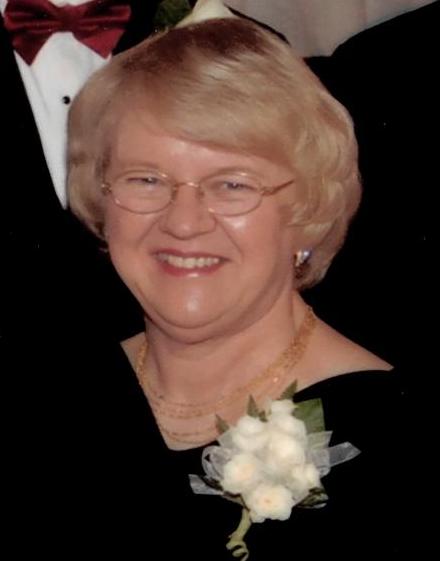 LIFE HISTORY FOR GINNY MIKKELSON
The good Lord has received into his arms a loving soul.  Virginia ‘Ginny’ Mikkelson left this life for her new one on Monday, May 3, 2021 at the age of 74 years from her home in rural Osakis, MN with family when she passed.

Virginia Lynn Schmidt was born in Pelican Rapids, MN on April 1, 1947 to John and Pauline (Campbell) Schmidt.  Her family later moved to the Osakis area and Ginny graduated from Osakis High School with the Class of 1965.  Ginny moved to the Twin Cities after high school finding work as a secretary for JC Penny's.  During high school Ginny started dating a charming young farmer named Gary.  They fell in love and were married on September 2, 1967 in Osakis, MN.  They moved to Osakis in 1973 and raised a family of three, two boys and a girl.  When her children were older, Ginny went to work as a receptionist and secretary for Nyberg Surveying of Alexandria, retiring in 2012.  She so enjoyed having this time to be with her grandchildren, whether working with them in the garden, going to their ballgames or taking in their many other school events. She cherished many trips to the East coast to visit her children and grandchildren.  Ginny always loved helping out on the farm, whether it was by driving tractor or working in the barn. But the mainstay of her life was Christ and her family.  She belonged to the Salem Lutheran Church and later the Spirit Life Church.  Led by her Christian faith to serve others, Ginny helped as Superintendent and teacher of the Sunday School, sang in the church choir and served as President of the Ladies Aid.  She also belonged to the neighborhood birthday club and was a part of many Bible study groups over the years.  She also kept busy during the winter months either scrapbooking, crocheting, baking, knitting or sewing.  She had a beautiful skill for creating treasures and then gifting them to her family and friends.  Her generous heart and loving spirit will be missed by all who knew her.

In lieu of flowers, memorials prefered to Hospice of Douglas County, Alexandria, MN.

Funeral services for Ginny will be held on Saturday, May 8, 2021 at 10:30 am at Salem Lutheran Church with Rev. Jeff Ferguson and a message given by her son, Christopher.  Musicians were Pastor Ferguson and Ione Johnson.  Interment is at the Salem Cemetery with honorary casket bearers, Heather Schmidt, Kary Jennissen, Ken Ferris, Shannon Meyer, Tammy Stelling, Candace Maus.  Active casket bearers are Don Conn, Jim Jezierski, Mark Ferris, Jack Holder, Rob Soltis, Ronald and David Paulson, Rod Zimmel and Clinton LeRoy Mikkelson. A reception will follow at the Osakis VFW Post #7902 in Osakis, MN.   Roy-Hetland Funeral Home of Osakis was honored to be trusted with the funeral arrangements.

To order memorial trees or send flowers to the family in memory of Virginia 'Ginny' Mikkelson, please visit our flower store.