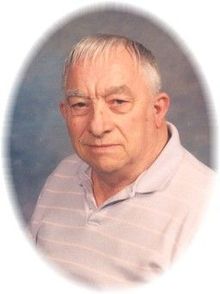 Life History for Walt Santer
Walter Santer, age 87 of Osakis passed away early Sunday morning, January 8, 2012 at the Community Memorial Home in Osakis, MN.
Walter was born on November 20, 1924 in Sauk Centre, MN to George Santer, Sr. and Annie (Kaleszar) Santer. The family farmed and Walt grew up in the country and attended country school. As a young man he worked for area farmers, until serving his country during WWII in the US Army. He was a member of the 11th Airborne and was trained as a paratrooper. His unit landed in Japan and set charges for the demolition of bridges. He served in the Pacific Theatre and received that medal and the WWII Victory Medal upon his honorable discharge in 1947. With his return to civilian life, he entered the Agricultural School and then went to work for the Swift & Company processing plant in So. St. Paul. He also worked for several years at the New Brighton Arsenal. Upon his return to Osakis, Walt took a job as janitor at Osakis Public Schools. He was a gentle and smiling face to hundreds of students during his twenty years there. He was still working part time until the age of 83.
Walt was a member of Immaculate Conception church in Osakis and also the Osakis VFW Post #7902.
Some of his favorite hobbies included playing cards, dice or bingo. He also enjoyed traveling with relatives, watching the history channel and military shows and getting outdoors to help do some farming.
He is survived by his siblings, George (Mary Jo) Jr., of Browerville, Donald Santer of Spring Lake Park, Joseph (Carol) Santer of Andover, Lucy Santer of St. Cloud, Mary Zins and Alvina (Gene) Waldorf, all of Osakis, Lucille Pitzen of Glenwood, Yvonne (Leroy) Zenner of Richmond, Arlene Sutton of Brooklyn Center and Lorraine Klimek of Sauk Centre; many nieces and nephews.
Walt is preceded in death by his parents and two brothers, Lawrence and Clarence Santer.
A Mass of Resurrection will be held on Wednesday, January 11, 2012 at 11:00 am at the Immaculate Conception Church in Osakis with Fr. Andrew Marthaler officiating. Interment is at the Calvary Cemetery in Osakis, MN with military honors provided by Osakis VFW Post #7902. Honorary pallbearers are Bill Bretz, Harlan Tenhoff, Rodney McCarthney, Orville Vangstad, Ron and Denny Traulich, Colby Judd, Jesse Johnson, Dave and Henry Messer.

To order memorial trees or send flowers to the family in memory of Walter Santer, please visit our flower store.