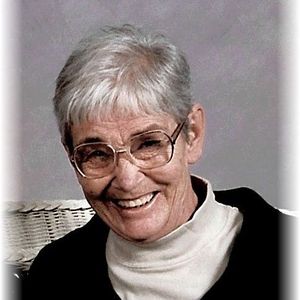 Wanda Norris, age 81 of Osakis passed away on Wednesday, January 24, 2018 at the Galeon in Osakis, MN with her family by her side.
Wanda was born on April 15, 1936 in Fergus Falls, MN to Wellington and Minnie (Swenson) Hansen. She graduated from Elbow Lake High School in 1954 and started working for the telephone company as a switchboard operator from 1955 to 1958. On September 21, 1958 she married Tessmer Johnson in Elbow Lake and they had three children. She was later married to Harold Norris on August 16, 1986 at the Osakis Lutheran Church, where she was a member and belonged to the Ladies Aide and sang in the choir.
Wanda was active in a bowling league for many years and was a diehard Minnesota Twins and Vikings fan. She loved being a grandma and did babysitting for them whenever she could. She had a special place in her heart for animals, especially her dogs.
Left to mourn her passing is her husband, Harold Norris of Osakis; children, Michele (Mike) Frovarp of E. Grand Forks, MN, Mike (Melissa) Johnson of Osakis, Mark Johnson of Osakis; stepchildren, James Norris of Long Prairie and Janet (Scott) Mallin of Osakis; 2 grandchildren, Chris VanValkenburg and Cole Johnson; a sister, Beverly Scully of Superior, WI; many nieces and nephews.
She is preceded in death by her parents.

To order memorial trees or send flowers to the family in memory of Wanda Norris, please visit our flower store.