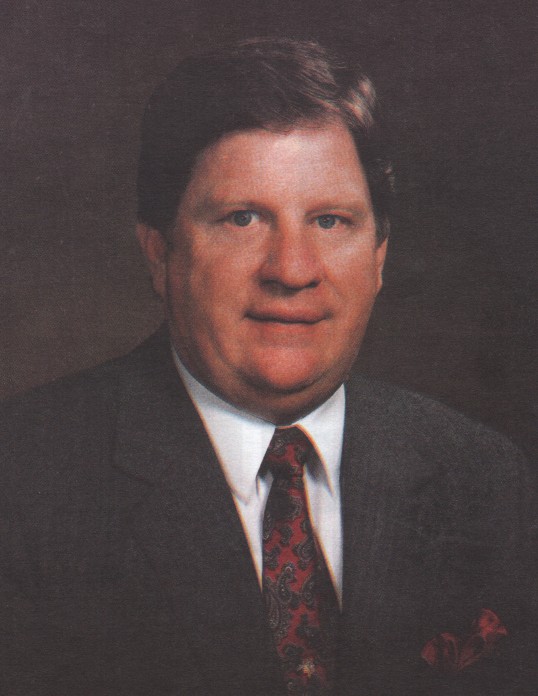 Wayne Monroe Larson was born on October 15, 1930, in Long Prairie, Minnesota to Albin and Olga (Johnson) Larson. He was baptized at Bethel Lutheran Church in Little Sauk Township and confirmed at Elim Lutheran Church near Osakis.  Wayne attended country school at District 29 near Osakis and graduated from Osakis High School.  After graduation, Wayne joined the United States Army where he served from 1949 - 1950 and continued serving his country for another 4 years in the Army Reserves.

On September 17, 1955, Wayne was united in marriage to Ina Johnson at Elim Lutheran Church.  The couple began their married life working and living in Sauk Centre, MN while Wayne attended St. Cloud State College where he worked towards a Business Degree. The couple moved to Fergus Falls where Wayne was called to serve as the administrator at Broen Memorial Home, while continuing his education at the Lutheran Brethren Bible College.  Their only child, Nadene Ina, was born 9 years later.

Wayne was a visionary.  He was instrumental in the development of Lutheran Brethren Homes increasing the span of this ministry by adding facilities in Mesa, AZ, Sun City, AZ, and Garland, TX.  He retired in November of 1998 after 37 years of Service; a career that began as an administrator transitioning through many roles and titles to President and CEO of Lutheran Brethren Homes.  After retiring, he also served as a consultant for the building of Sheridan House.   In June of 2001, Wayne and Ina moved to Ina’s century-owned family farm in Osakis, MN.

Wayne was very involved in the community and giving of his time and talents. He had an incredible ability to communicate to people on all levels and encouraged everyone.  He served as Chairman of the Board of Directors at Hillcrest Lutheran Academy in Fergus Falls, he was a former Rotarian, a Gideon and served on countless boards and committees in the Lutheran Brethren Synod, Missions, and the community of Fergus Falls.  His faith was unwavering, and he loved to share it and tell people how good God is!  He enjoyed leading Bible studies, memorizing scripture, substitute preaching and being an Elder at Bethel and Elim Lutheran Churches.  Wayne loved music and sang many times in church and for numerous weddings and funerals. In his early years he sang in a quartet with his brothers Orville and Loren, and brother-in-law Phil Klukken. They even sang on a weekly broadcast on the Wadena radio station.  He was an avid reader, especially the Bible, and any books about the scriptures he loved.  His personal library reflected his lifelong study.  Wayne loved taking long drives, finding a new favorite restaurant, and taking Ina or others out for a good dinner.  He also enjoyed watching sports, mostly high school sports, and encouraging the young athletes.  He followed the Hillcrest Comets teams and many others.

Wayne was a proud uncle of many nieces and nephews and had a special bond with many of them.  He was also a “bonus” Grandpa to Peter and Matthew Boisclair.  He was “Dad” to Sadie (Tsedale Belete) who came into their lives and was loved like a daughter.  His grandson Jonah Wayne came later in his life but was (and is) his treasure.  He loved each dearly and all were often in his thoughts and prayers.  Wayne will mostly be remembered for his mentoring and his generosity.

Wayne died on Monday, November 8, 2021, at Woodcrest Assisted Living in Alexandria, MN at the age of 91, with his wife Ina by his side.  He is survived by his wife, Ina of 66 years; daughter, Nadene (Dan) Boisclair of Apple Valley, MN; grandson, Jonah Boisclair; several in-laws, and many nieces and nephews.  Wayne is preceded in death by his parents, grandchildren, Noah and Sabrina; sister, Irene Klukken, and brothers, Orville and Loren Larson.

A Funeral Service will be held 11:00 AM on Monday, November 22, 2021, at Elim Lutheran Church in Osakis.  Visitation will be held from 3-5 PM on Sunday, November 21, 2021, at the funeral home and for one hour prior to the service at the church. Military Honors will be provided by the Osakis Veterans of Foreign Wars Post 7902 and the Minnesota National Honor Guard.

A live stream and recording of the service will be available 11:00 AM on Monday, November 22, 2021, on the funeral home website.

To order memorial trees or send flowers to the family in memory of Wayne Larson, please visit our flower store.
Open