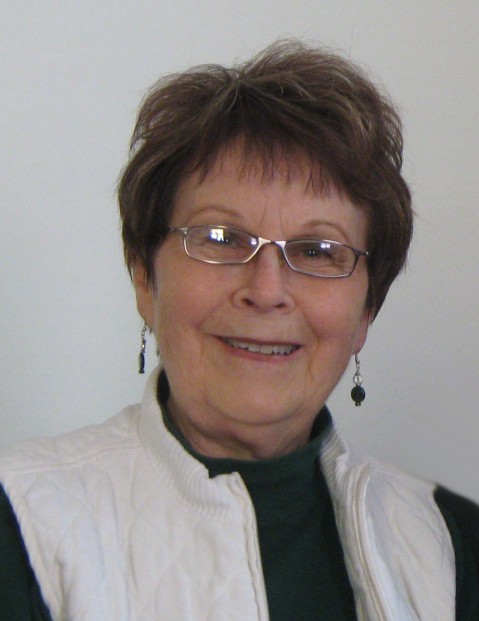 Wilma Mary (Ritchie) Triebenbach was born on February 15, 1938, in Des Moines, Iowa to William “Bill” and Vivian (Erickson) Ritchie. She grew up in Blairsburg, IA, where she graduated from high school in 1956. Wilma’s family vacationed summers in Osakis, where she had family living. Wilma moved to California with a friend and worked as a bank teller. In the summer of 1959, she returned to Osakis and attended a dance in Sauk Centre with Dallas.  After the dance, the two talked late in the morning hours sitting in Dallas’s car, under the yard light in Uncle Bob Ritchie’s driveway. Wilma returned to California, and the two corresponded by writing letters.

A short time later, Dallas proposed in a letter, Wilma came back to Osakis and the two were united in marriage on February 4, 1961. The couple lived in Osakis and were blessed with three children, Kelly, Karl and Kurtis. Wilma was a homemaker and raised the children. After the kids were grown, she started working as the custodian at Osakis Lutheran Church which she continued until her passing.

Wilma was very involved with her church holding many roles over the years. Sunday school teacher, singing in the choir, Church Council, and as the Lunch Coordinator for special occasions at the church. She enjoyed bowling for many years on many leagues and was involved with the Central Lakes Cruiser Car Club.  Wilma was very family orientated and LOVED spending time with her children and grandchildren.

Wilma died on Thursday evening, December 9, 2021, at the Galeon in Osakis at the age of 83. Her passing was gentle and peaceful with family and God at her side. She is survived by her husband, Dallas of Osakis; daughter, Kelly (Dennis) Smith of Evansville; son, Karl (wife, Gina Brusseau) Triebenbach and their children, Rebecca, Finn and Stella of Minneapolis, MN;  son, Kurtis (Erica) Triebenbach; and their son, Alexander, of Lakeville, MN;  sister-in-law, Delores (Wayne) Olson of Osakis. Wilma was preceded in death by her parents, Bill and Vivian Ritchie; and favorite cousin, Roberta (Ritchie) Laven.

A Memorial Service will be held at 1:00 PM of Saturday, December 18, 2021, at Osakis Lutheran Church in Osakis. Visitation will be held for one hour prior to the service at the church.

A live stream and recording of the service will be available at 1:00 PM on Saturday, December 18, 2021, on the funeral home website.

To order memorial trees or send flowers to the family in memory of Wilma Triebenbach, please visit our flower store.
Open